Kris Letang’s Day with the Stanley Cup – visiting Children’s Hospital at Sainte-Justine and a night on the town at Buonanotte ! – Pictures and Videos

Yesterday Kris had his day with the Stanley Cup. He shared it with friends and family, but most special of all with patients and their families at the Children’s Hospital at Sainte-Justine!

Last night the Stanley Cup had a fun night out with fans at Buonanotte Montreal! 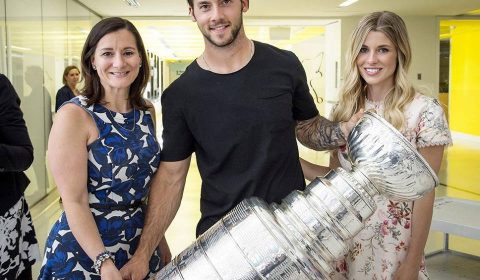 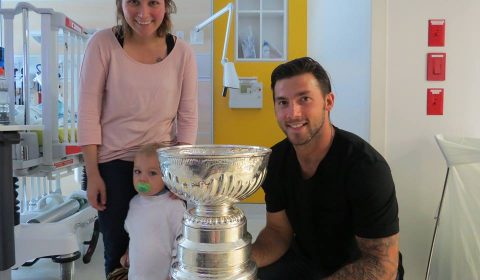 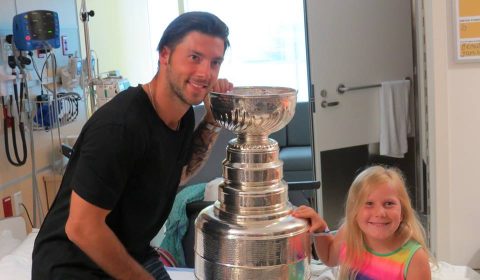 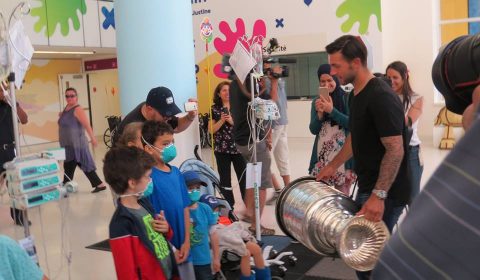 Quotes from the different articles about Kris’ visit to the hospital

The 30-year-old Quebec defender said that it was simply a matter of giving them “a little bit of happiness in their procedures” and leaving them fond memories.

“It just makes me happy to see how happy and excited they are. (…) I saw him when my wife and I went around hospitals in Pittsburgh or here, you see that the children are full of courage, and you see parents who are (impotent). It’s a great source of inspiration when I come. I have small bumps left and right, but they live much worse, and it gives you a little shot in the back as they say, “said the hockey player.

Several children or parents rejoiced in his visit, not without saying that they were first of all supporters of the Montreal Canadiens, with a mother and her child showing themselves the inscriptions of the Stanley Cup conquests by the Canadian on the cup .

“One day you’re going to be a trader,” says Maxime Nadeau, 15, to Kristopher Letang, hoping he will one day put on the Canadian uniform. The defender of the Penguins later offered him to lift the cup over his arms, despite the hesitation of the young boy. “I tell you it’s a good idea. Think you’re skating in the middle of the ice. Trust me, “he said.

“She’s taller than me,” says Sarah Rochat, 6, before hugging the cup on her bed, a big smile on her lips. – Source / Read More

Letang, who has struggled with injuries in recent seasons, said seeing the struggles of the children at Ste-Justine put his own health battles into perspective.

“The injury I have is nothing compared to what a four-year-old or a five-year-old has to go through every day,” he said.

Letang propped the cup on a trolley as went from room to room, introducing himself to families and placing the cup next to children in their beds.

At one point, he teased a young fan of the hometown Montreal Canadiens, reminding the teen the cup hadn’t been won in the city since 1993.

Letang, who played only 41 games last season, is a former Norris trophy finalist and the 26th highest-scoring defenceman on a per-game basis in league history.

He said his rehab is progressing well and he hopes to be able to play at the beginning of next season.

“I feel in full shape,” he said. “I don’t want to get ahead of myself, but so far all the exams and my rehab and training are going very well.” – Source / Read More

Sunday was Letang’s third day with the Cup in his 10-season NHL career. Last year, after serving as an integral part for the Penguins’ Stanley Cup victory, Letang’s day with the trophy included a trip to a rink in the Montreal suburb of Sainte-Julie, Quebec, to share the Cup with youth hockey players.

“This third Stanley Cup is different from the first two,” he said. “I’m a bit less emotional because I was less involved. It’s thanks to my teammates that I have the chance to enjoy it.”

Letang’s former teammate, goalie Marc-Andre Fleury, had his day with the Cup on Saturday, which included a trip to Ronald McDonald House in Montreal. Fleury was selected by the Vegas Golden Knights in the NHL Expansion Draft on June 21. – Source / Read More 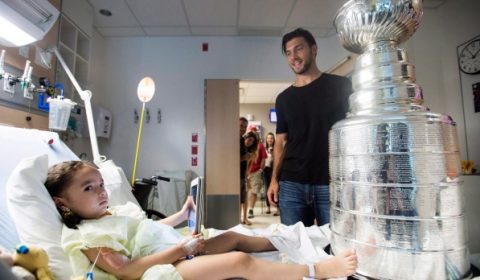 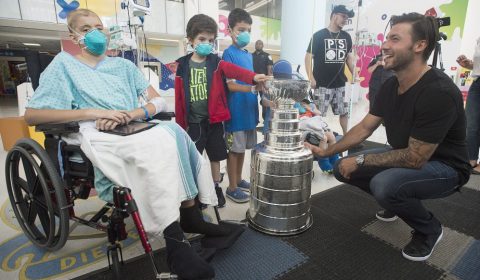 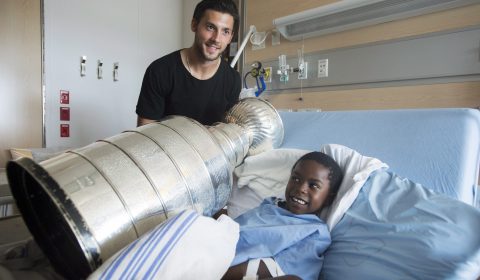 Pittsburgh Penguins’ Kris Letang shows off the Stanley Cup to Owen Yekpe during a visit to Sainte Justine hospital for sick children in Montreal, Sunday, July 23, 2017. THE CANADIAN PRESS/Graham Hughes 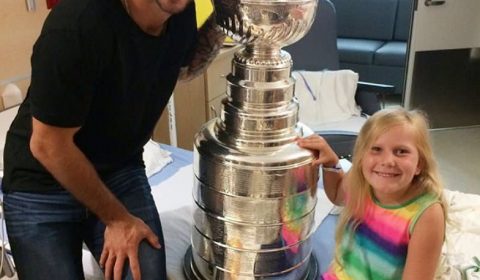 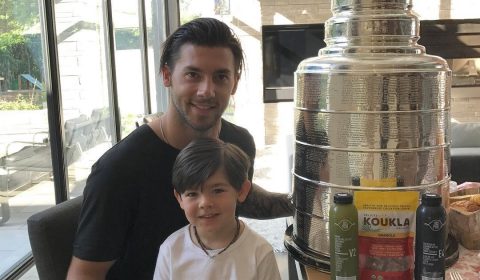 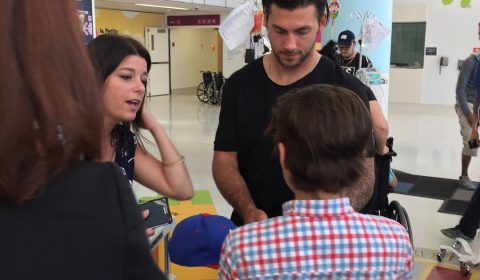 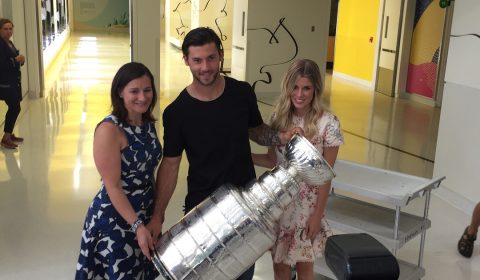 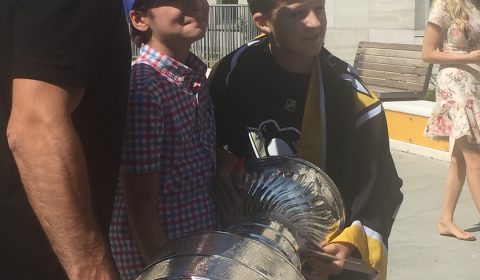 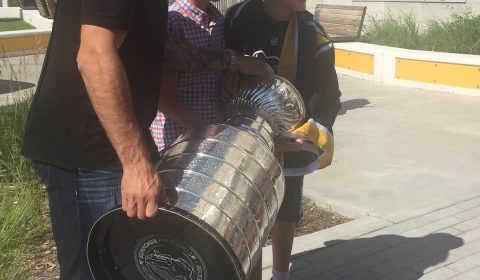 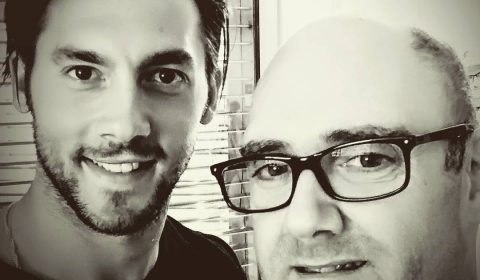 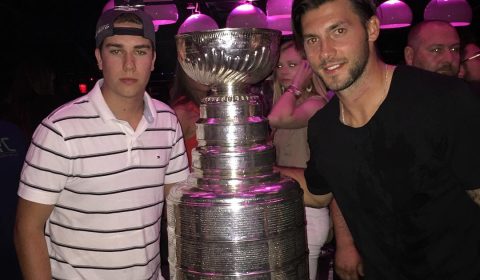 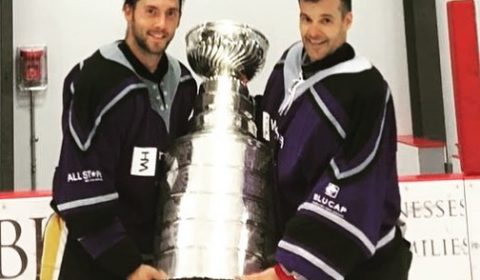 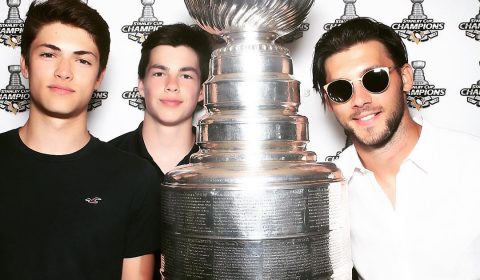 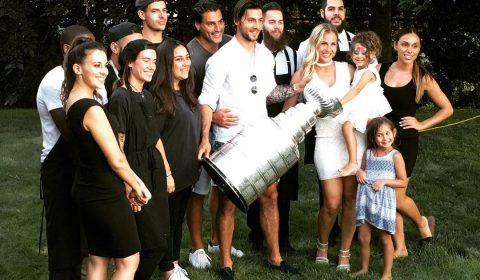 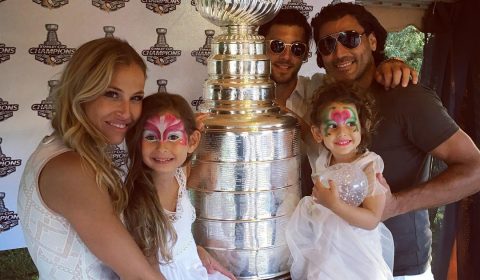 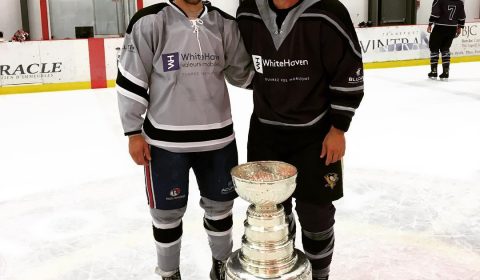 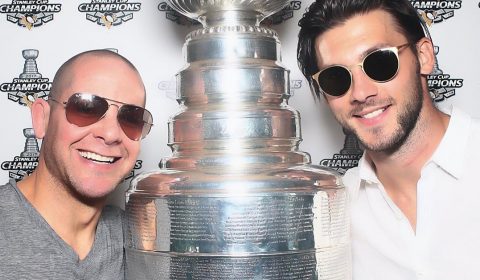 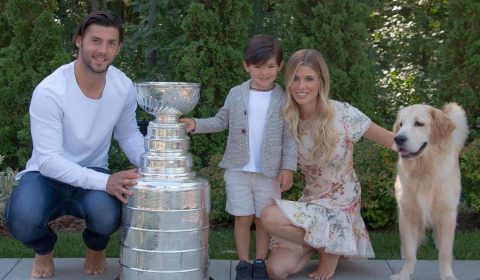 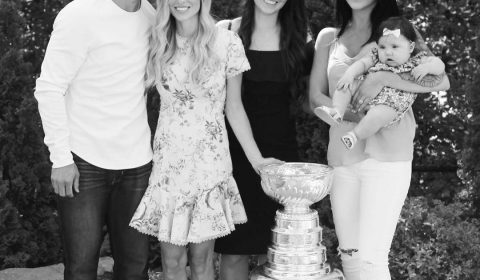 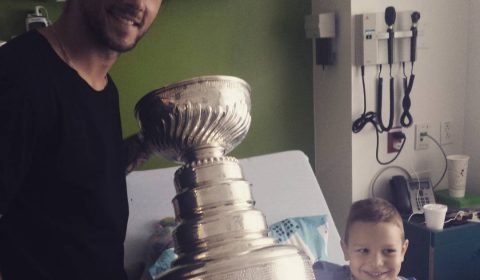