Kris Letang made his preseason debut last night! He partnered with Justin Schultz (welcome back Justin!) on the power play. The Pens beat the Red Wings 4-2. Since this was a preseason game, content on Kris was a little limited, but will pick right up once the regular season starts! Go Pens!
Game recap is below:

*The player that stood out most to me in the game was defenseman Justin Schultz. He picked up two assists on the night, and both were beauties.

On the first he unleashed a heavy slap shot-pass from the near blue line. It was a low, line drive shot that Brandon Tanev was able to tip into the game. On his second assist, Schultz basically shot the puck into the net off of Bryan Rust’s stick. Seriously, Rust had his stick on the ice and didn’t move. Schultz went bank shot, corner pocket.

Schultz also saw time on Pittsburgh’s power play. They used a two-defensemen look with Schultz and Kris Letang. Schultz wasn’t shy about shooting the puck, ripping at least three shots toward the goal. He has a cannon and I hope he does more of that once the season starts. 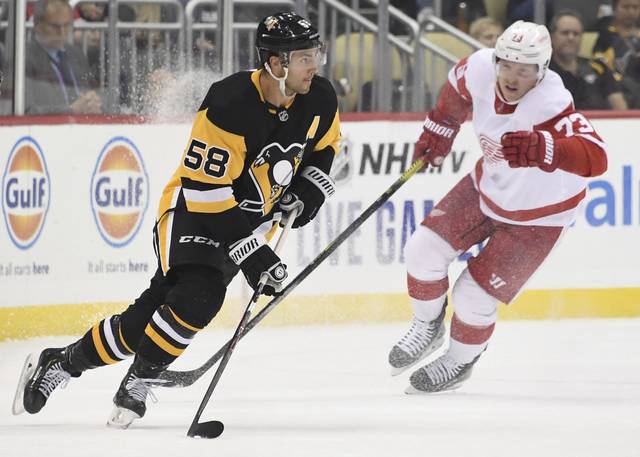