It was April 3, 2010 and the Pens won 4-3 in OT against the Atlanta Thrashers. After the game, I stood around for an hour outside the Mellon Arena watching all the guys leave. I ran down to the street near their parking lot and Kris Letang walked out of the building. He was heading to his car (which was parked in front of me and there was this other girl beside me excited to see him too) So her and I were like “Kris!! Please!!” holding out pictures and jerseys. He began to open his car door and we were like -___- but he must have heard us calling him, so he shut his door and pushed a gate open that divided the parking lot and walked right over to us! At this point, this other girl and I were freaking out. He signed my huge poster of the team with the Stanley Cup. When I handed him my Sharpie, he brushed my hand with his hand, *faint* and at first my Sharpie didn’t work and I’m like “Oh shit..” but he went over the signature again and laughed lol and of course I’m telling him “You’re my favorite” standing there in my Malkin jersey haha!! 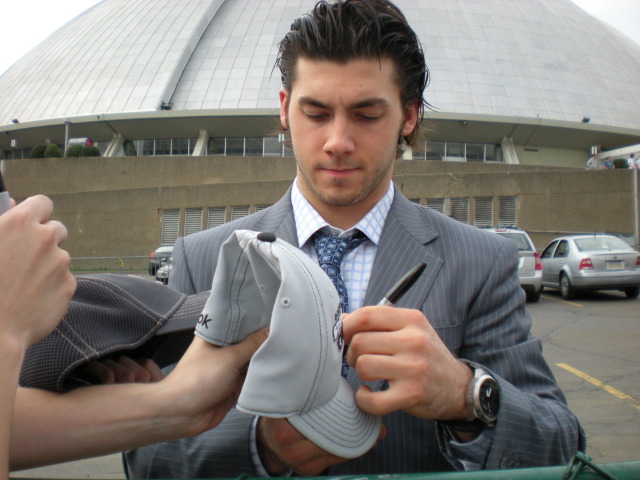 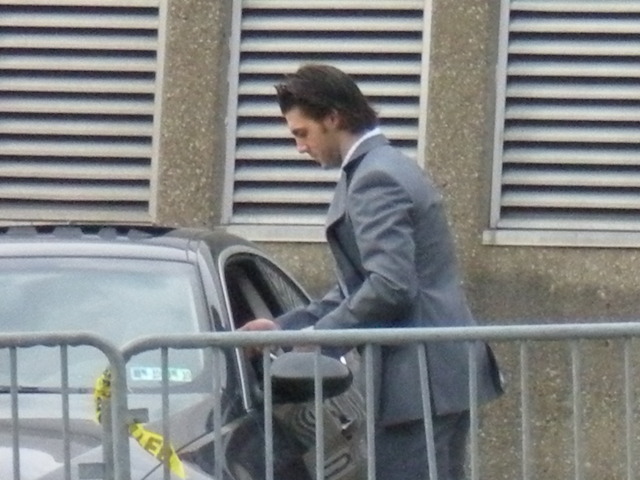