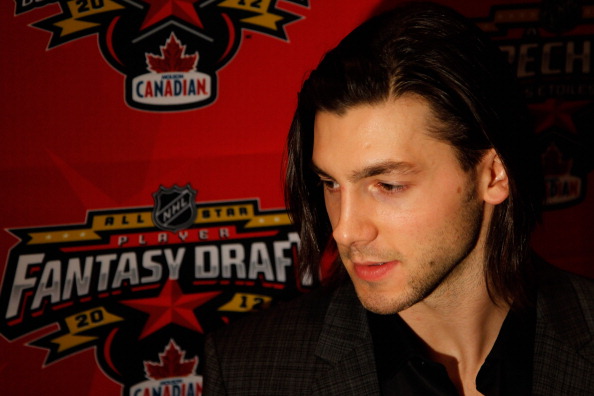 Good morning Tanger fans! Here is the wrap post for Day 1 of the NHL All-Star weekend. All this media focuses on the NHL Fantasy Draft from last night, where Kris was picked in an early round by Team Alfredsson! The draft was a lot of fun and I enjoyed watching it and proud of all the Pens who where there. Kris and James Neal are on the same team, but Geno was drafted by Team Chara. Pretty exciting, eh? They will play each other on Sunday in the All-Star Game!

On being invited to the All-Star Game after a long recovery:
I was not expecting anything. I did not know how long it would have been. But I kept working and ended up coming back on the 19th and have been playing since. They decided to bring me here and it’s an honor. I hope I’m going to represent my team the best I can.

Kris getting selected by Team Alfredsson