Dallas Stars fall to the Penguins 6-2 ! Kris Letang receives his 11th point of the season!

Last night’s game was awesome! The Penguins beat the Dallas Stars 6-2 :O ! Sidney Crosby had a fantastic game with a goal and 2 assists. Kris got his 11th point from an assist on the 3rd period Eric Fehr goal and he lead the team with total ice time of 25:51.

*Sidney Crosby has been stealing a page from the playbook of Mario Lemieux. Crosby scored another bank shot from below the goal line off of a goaltender. With less than a minute to play in the second period Crosby threw a shot off of keeper Antti Niemi that was stopped. Crosby hacked at his own airborne rebound and caught Niemi leaning off of his post. The puck hit him in the shoulder and fell in the net to give the Pens a 3-2 lead with 21.5 seconds left in the period.

*Though he’s struggled at times on the road, goaltender Marc-Andre Fleury has been lights out at home. He continued his dominance in Pittsburgh with a spectacular effort. He stopped Dan Hamhuis on a breakaway, Brett Ritchie twice from short range and a tough sliding pad stop on a Cody Eakin wraparound. Fleury improved to 6-2-1 at home and 20-5-2 in his last 27 home games at PPG Paints Arena. 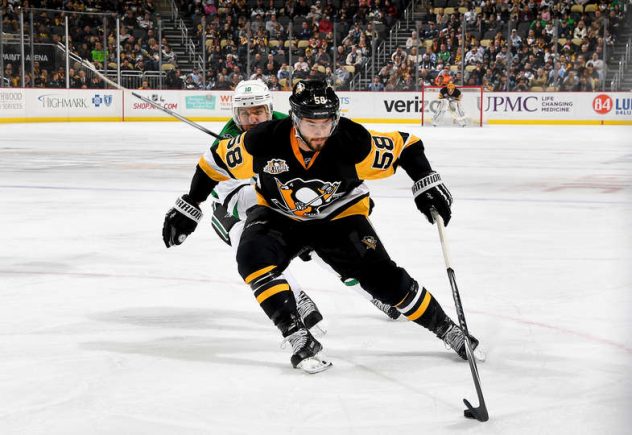 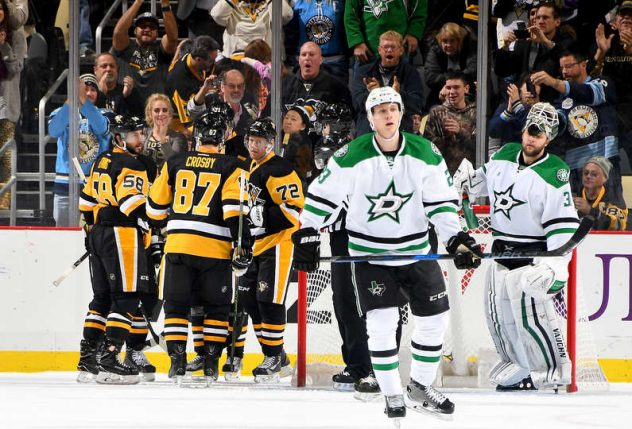 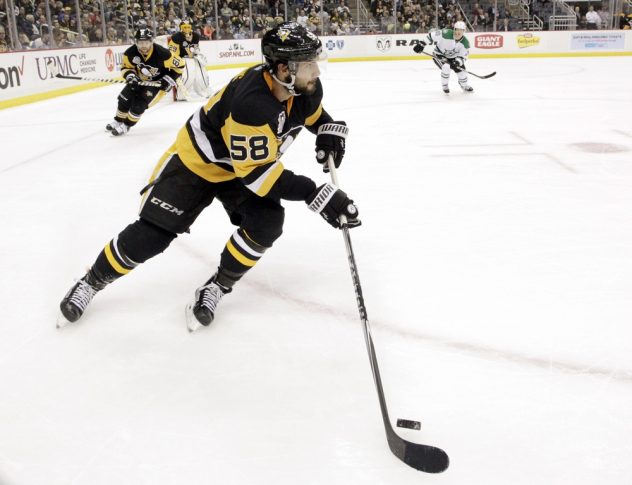 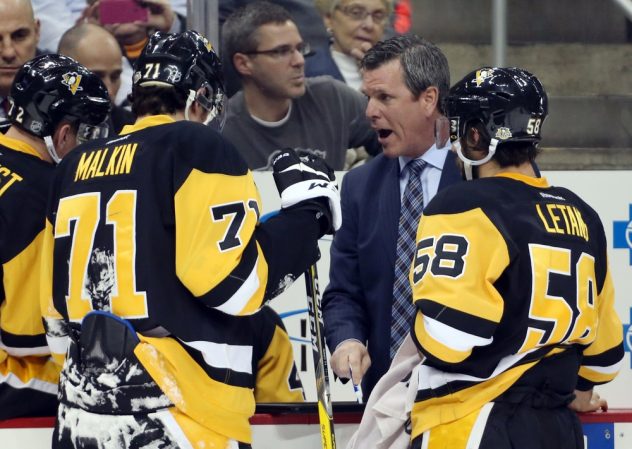 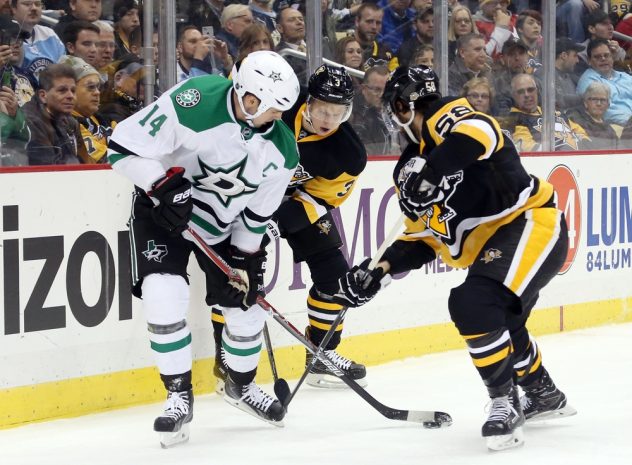