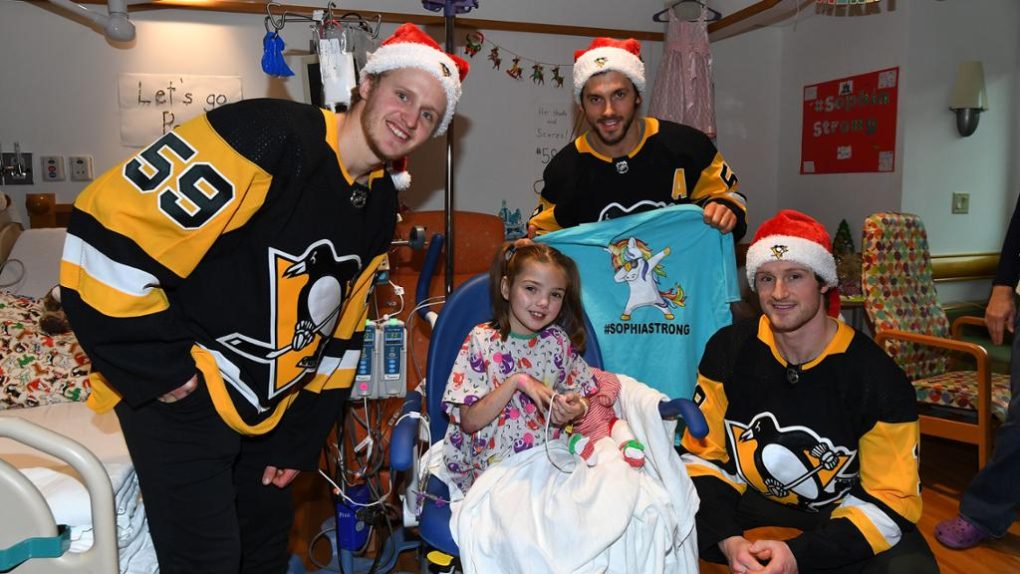 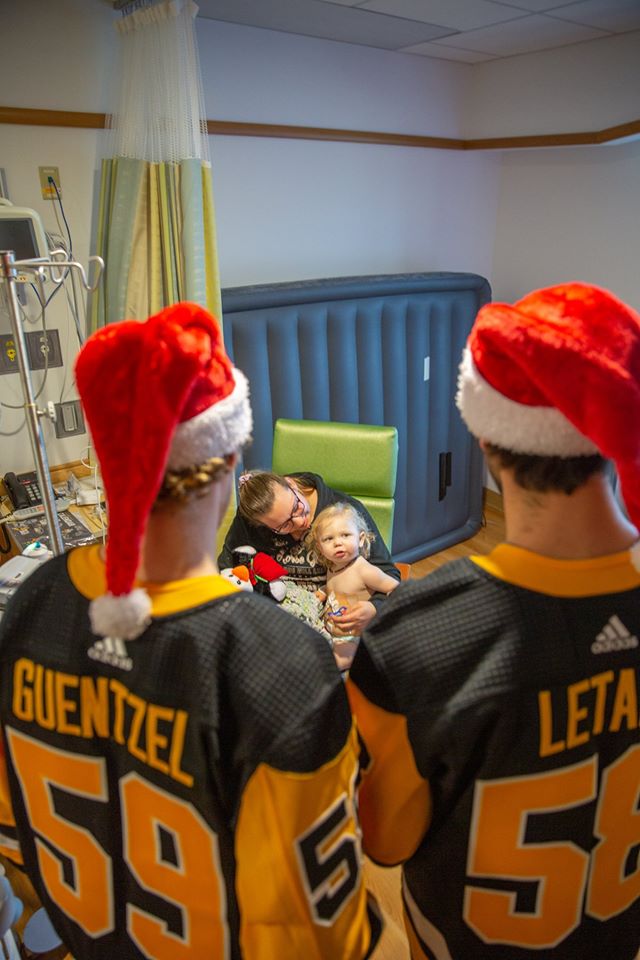 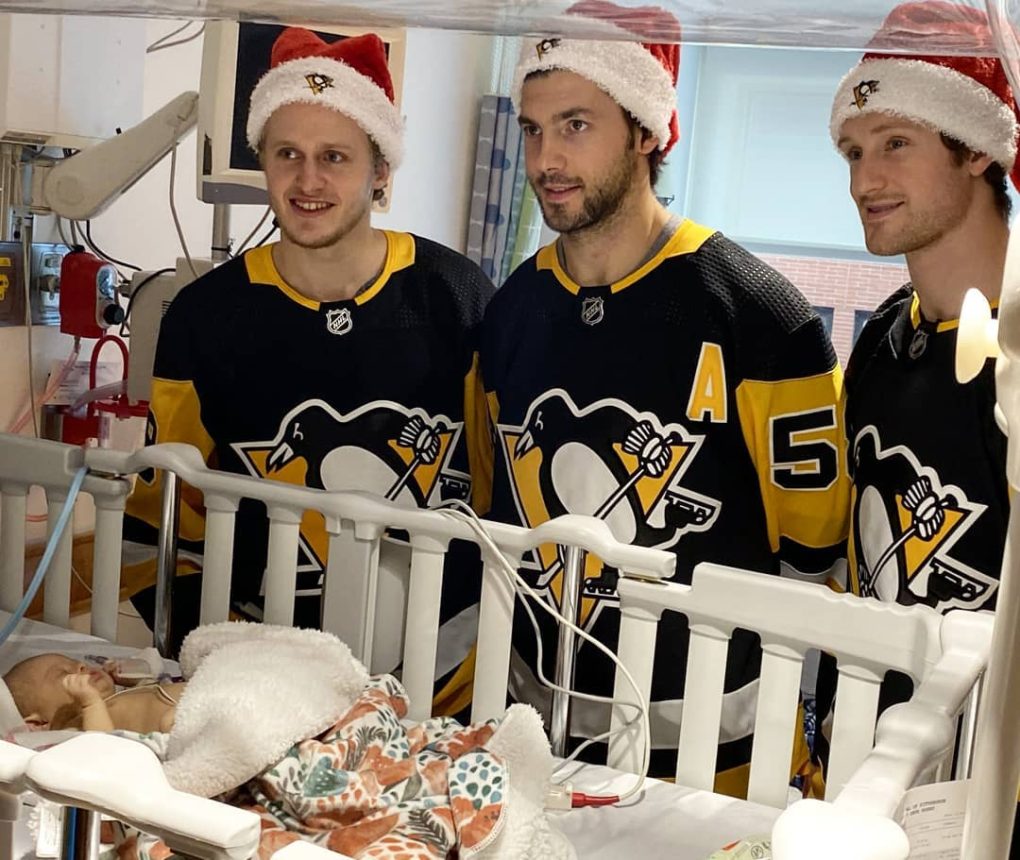 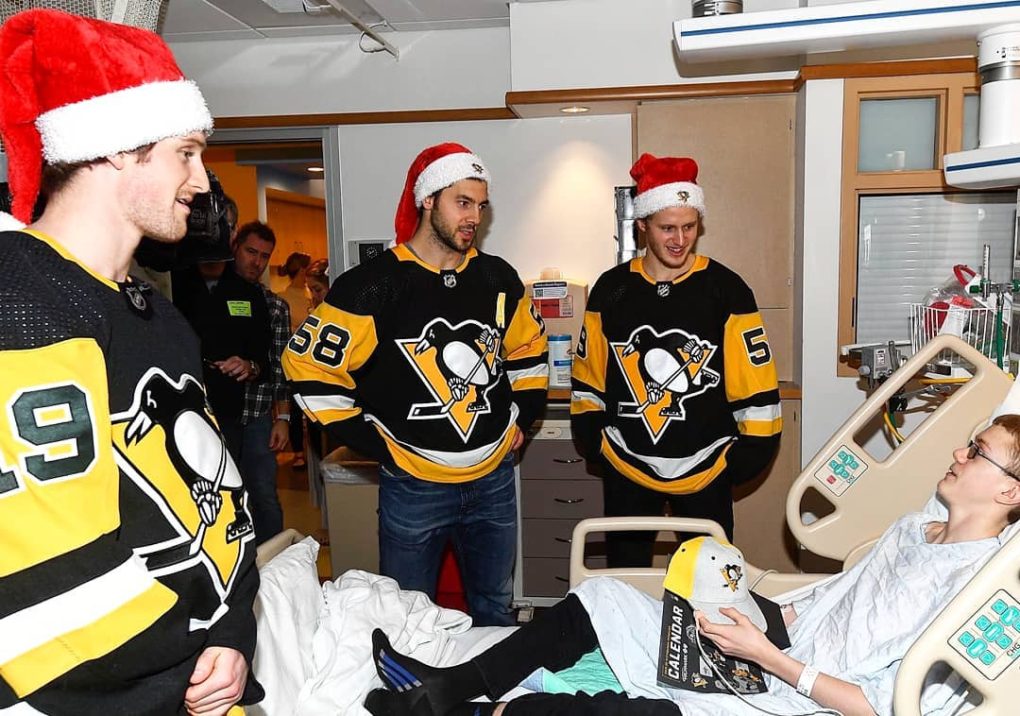 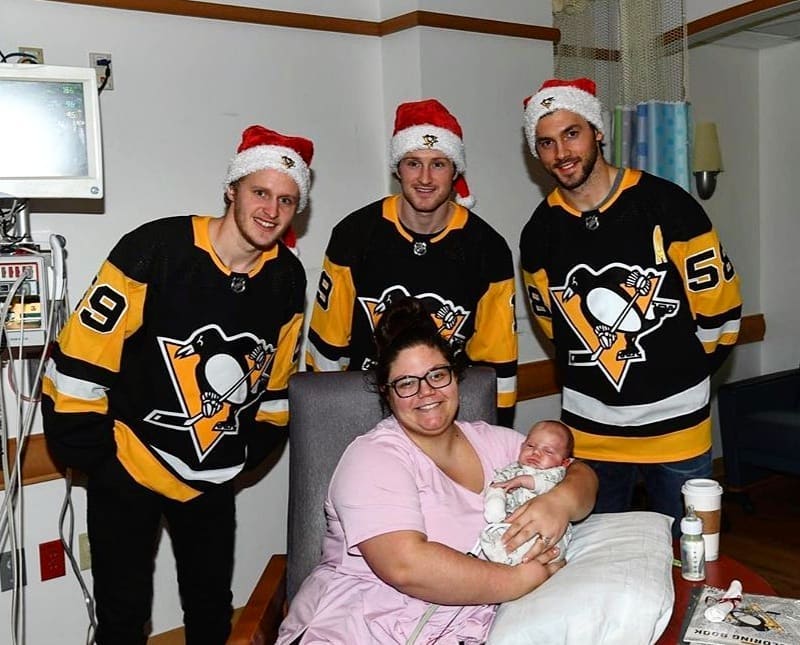 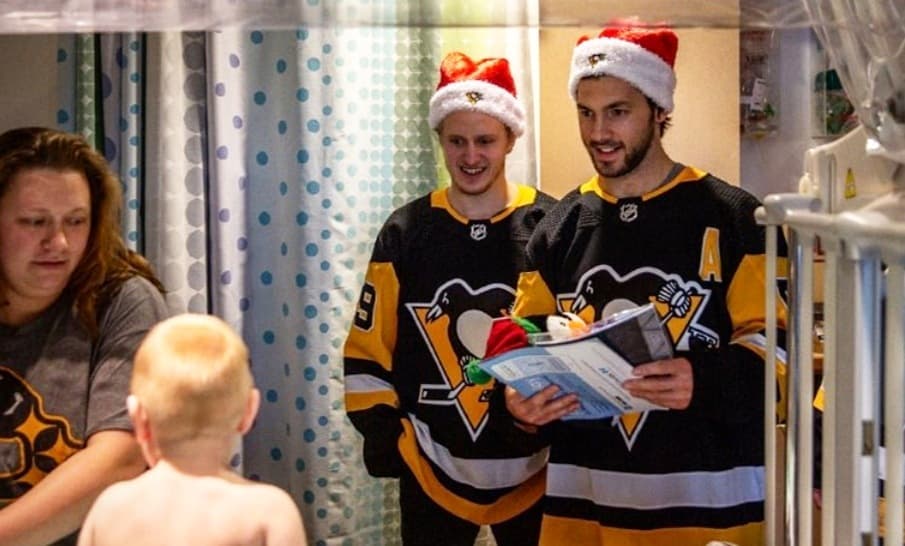 Here is a sweet excerpt featuring Kris and one of his biggest fans, Sophia:

When Sophia heard the players were making their annual visit to the hospital on Monday to chat with children and their families, take photos, sign autographs and distribute gifts, she was hoping that Kris Letang would be stopping by her room.

Luckily enough, Letang was one of the players – along with Jake Guentzel and Jared McCann – who walked through the door into her room that was decorated with numerous Penguins signs that she had made herself, including one just for No. 58.

“One of the volunteers came in and told her who was coming and her face just lit up with relief,” Tiffany said. “Like oh, thank goodness.”

“She is probably one of the biggest little fans, I’ll tell you,” Tiffany’s mother Joan McClain said. “She loves him.”

Letang first came by Sophia’s hospital room when she was just two months old on another one of the Penguins’ annual hospital visits, which have been a team tradition since the 1970s.

“She was born on October 13, 2011 and we were here for a year,” Tiffany said. “She was a baby then. But when he had the stroke and she learned that he also has a special heart and he can do these things (like play hockey), she just kind of attached to him and followed him and she watches him very closely.”

Sophia belongs to the Beads of Courage program that the hospital offers, which is a resilience-based intervention program designed to support and strengthen the protective resources in children coping with serious illness.

She requested a Penguins bead because Letang is her favorite player and her dream was to meet him one day. The artist not only made Sophia’s bead, but also made a second bead that she could give to Letang one day.

Sophia got that chance back on March 12, where she watched the morning skate and was then invited into the locker room to meet Letang. He presented her with a game stick, a signed jersey, a puck and tickets to watch the game against the Capitals that evening. And after all of that, he spent an hour playing with her.

Right before Sophia was admitted to the hospital for her most recent visit, she had designed a #SOPHIASTRONG shirt, and was hoping to give one to Letang. As fate would have it, they arrived last night – right before Letang happened to stop by.