The Penguins lost game 1 of the series to the Flyers 7-2 on May 3. Next, the Pens turned it around in the rematch game, winning 7-3! Kris Letang had 2 assists over both games! Bringing his season total to 36 assists and 43 points. He is currently in 5th place in total points among defensemen this season and 3rd place in total assists! Go Kris Go! 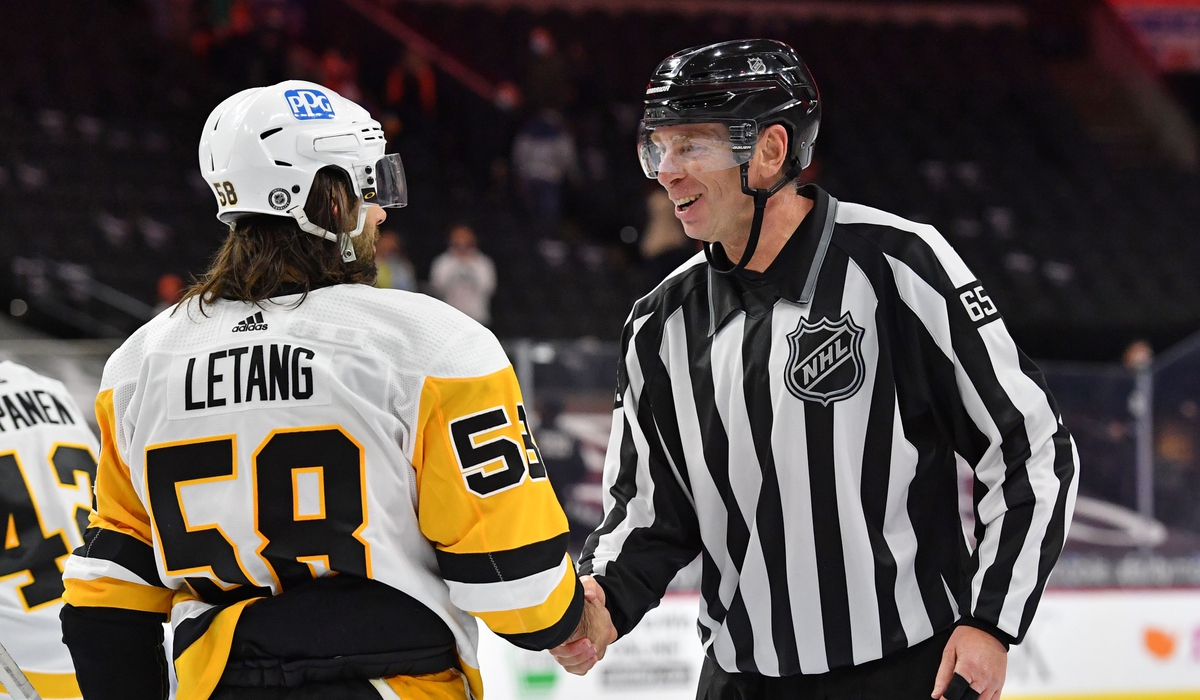 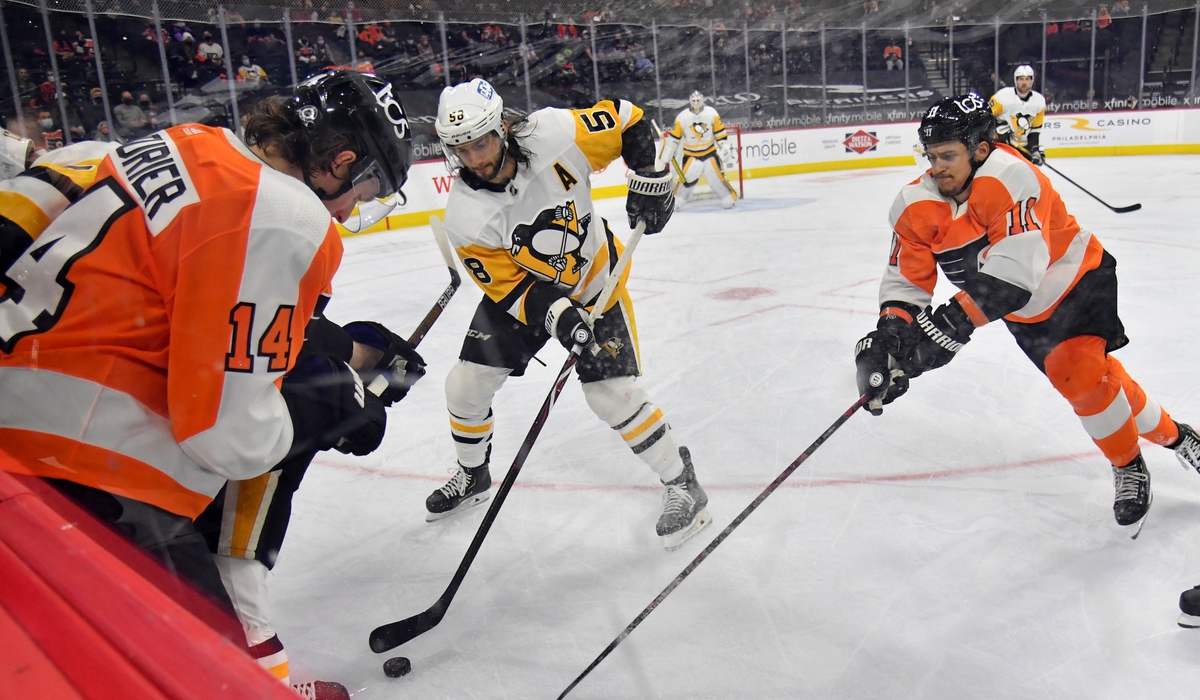 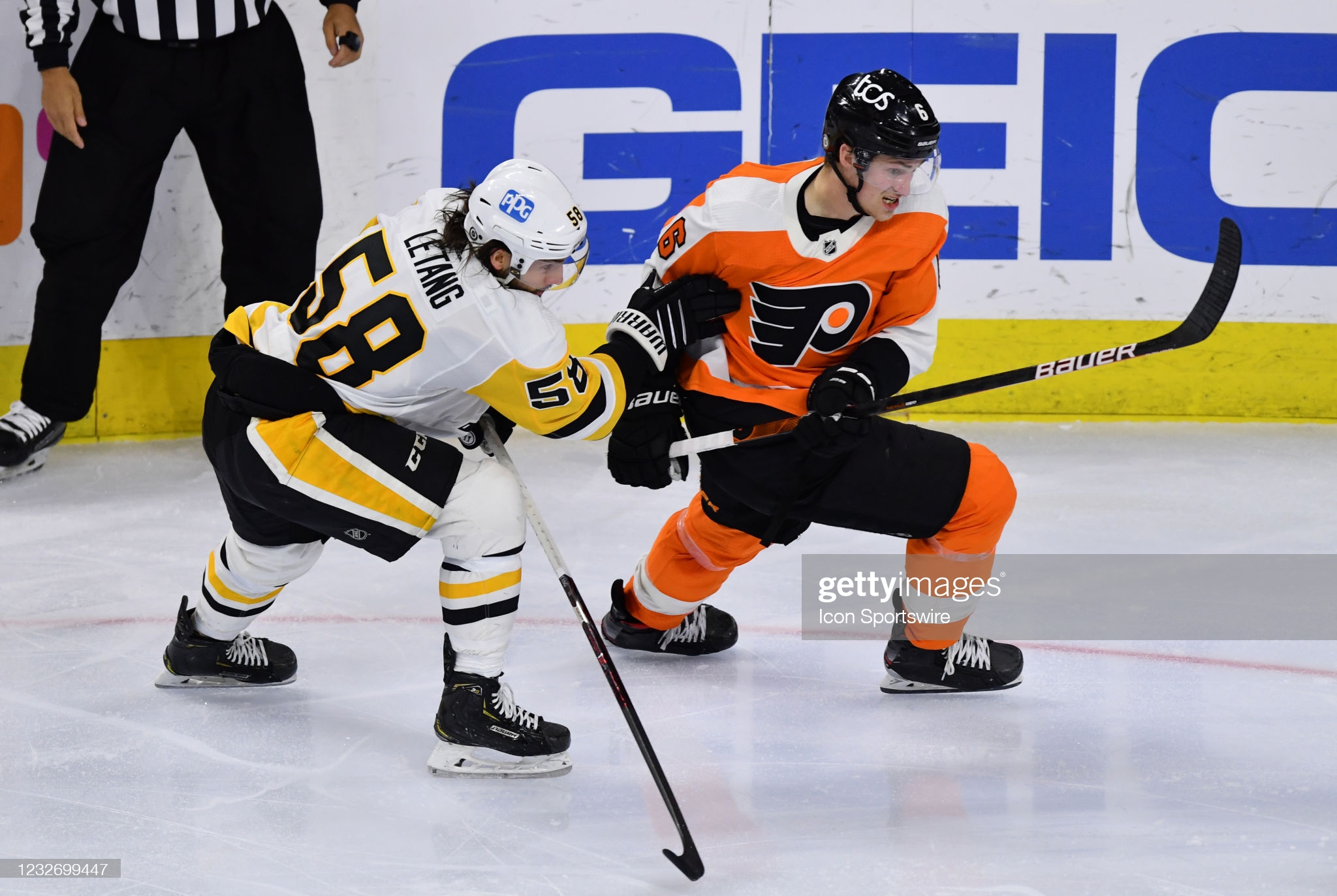 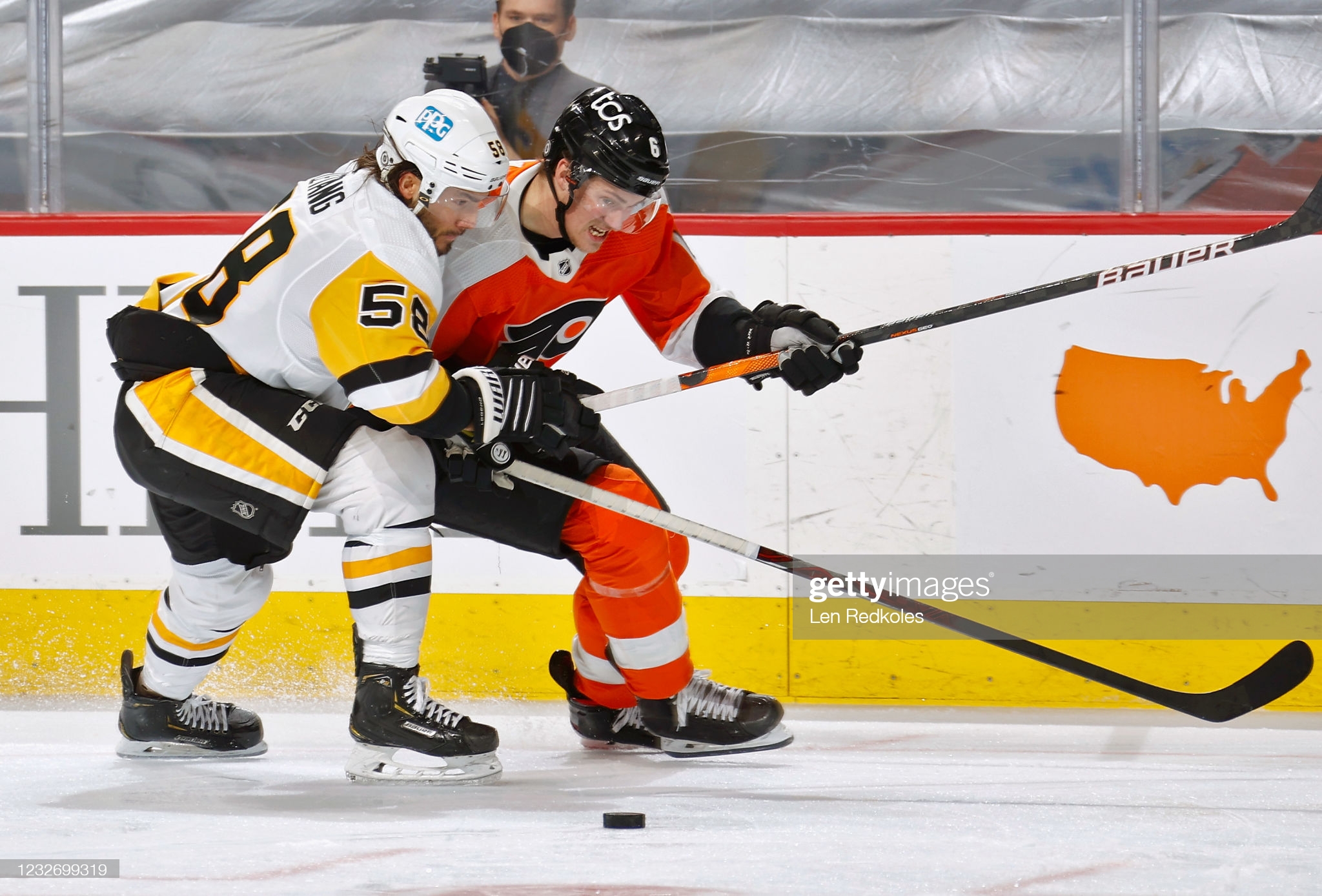 PHILADELPHIA, PA – MAY 04: Travis Sanheim #6 of the Philadelphia Flyers collides with Kris Letang #58 of the Pittsburgh Penguins as they battle for the loose puck at the Wells Fargo Center on May 4, 2021 in Philadelphia, Pennsylvania. The Penguins went on to defeat the Flyers 7-3. (Photo by Len Redkoles/NHLI via Getty Images)