Here are the snippets of Kris’ segment in the Pens report. You can read the full report here:

On how to try to win and keep up their pace:
There’s a race right now for the No. 1 seed. I think we’re right there. We’re playing well right now, we have confidence. But I think it’s a great opportunity to face Montreal and Edmonton this weekend. We just need to get pucks in the net.

On if he feels the momentum building and if they’re building confidence:
Yeah, obviously it was tough times losing all those guys, but right now we have to play with what we have in the lineup, and I think everyone’s starting to get a good feel of each other and the new lines, the new guys on D and the new pairings. So everybody’s starting to be a little bit more comfortable and I think that’s the whole reason for our success right now.

On if it’s too early to think about the playoffs:
You want to get ready, every game is really important until the end. Either you want to get up in the standings, or you want to make a push for the playoffs. I think guys have stepped up their game and I think that should make us more into it at the end of the season.

On if there’s any significance to the fact that Montreal eliminated them last year in the playoffs:
We always remember that series, but I think there’s always a little something when we play them. It becomes a little rivalry with them

On the significance for him:
Obviously to play against my hometown, it’s always special. I always want to go in really bad. I think it’s like that every game, but there’s always a little something about Montreal that I want to beat them.

Video of the interview:

From Tweets and blog posts, it has been noted that Kris got a haircut, here are the pictures: 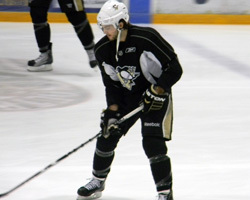 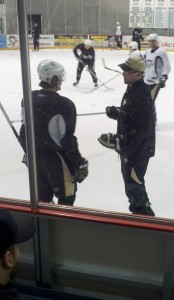