The Penguins entertained some very special guests at Monday’s practice.

The team treated children from several different local charities to a front row seat to the Penguins’ practice, as well as a meet-and-greet lunch with the team in the Lexus Club at CONSOL Energy Center.

Thirty children and their parents from the Pittsburgh Make-A-Wish Foundation, the Children’s Institute and the Children’s Home of Pittsburgh & Lemieux Family Center attended the event, which has been a team function for the last 25 years.

During the Penguins practice and throughout the luncheon, the children and their families also received some entertainment from Iceburgh, Chippo the Clown (that made the kids balloon animals) and a face painter.

Dominic Ruperto and his mother Michelle enjoyed their close-up view of practice.

“I’m excited because I get to see them in person,” Dominic said. “I like Fleury because he saves a lot of pucks.”

It wasn’t Dominic’s first time seeing the Penguins live, though. His mom brought him to a game earlier this season, which was a memorable night for both of them.

“He plays sled hockey, and to have a sport that he plays that he can relate to gives him even more of a twinkle in his eye here,” Michelle said. “The Children’s Institute sent us an invite, and we live close so it was an absolute yes.”

Michelle said it meant a lot for Dominic, as well as the other kids in attendance, to be able to get so close to the players that they look up to, like Penguins captain Sidney Crosby. Crosby spent time talking with the families, taking pictures and signing autographs.

read rest of the article here! 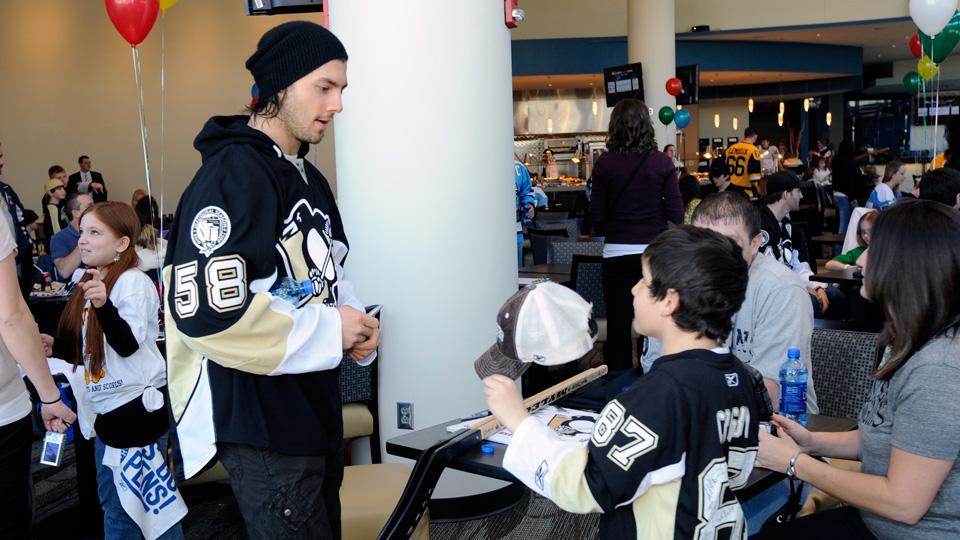