Kris Letang gets a trophy in his name from the Quebec Midget Hockey League!

Yesterday evening in Montreal, the Quebec Midget hockey league presented a trophy named in Kris’ honor and legacy. The trophy will be presented to the best defenseman in the league! What a great honor for Kris, this is awesome! I’ve copied and pasted 2 translated articles, pictures and videos are on end of the post!

Picture of Kris during his Midget League days:

The Kristopher Letang trophy will be awarded to the best defender

MONTREAL – The Quebec Midget AAA Hockey Development League announced a change of name for the trophy awarded annually to the best defender of the circuit at a press conference held Wednesday at the Bell Center’s La Cage – Sports Brewery restaurant. . This honor will now be known as the Kristopher Letang / Comfort Quality Trophy as a tribute to the all-star defender of the Pittsburgh Penguins.

“For our league, it’s a great day. Our association with Kristopher Letang, one of the Quebec star defenders in the National Hockey League, is a great honor for our circuit, “said Robert Lalonde, vice president of the Quebec Midget AAA Hockey League.

As for the Michel Daoust Trophy – president and general manager of the AAA Midget League from 1984 to 1988 – which until last season was awarded to the best defender of the regular season will now be awarded to the pedagogical advisor of the year.

“This announcement of association with Kristopher Letang allows the Midget AAA League to pursue its goal of recognizing the great Quebec players who have evolved in our circuit and to give their names honors to the players of tomorrow. Just think of the new trophies Patrick Roy and Martin Brodeur introduced last season, as well as the Daniel Brière and Mario Lemieux trophies, among others, “added Vice-President Lalonde.

Selection of the best defender

Since the 1988-1989 season, the league recognizes the work of the defenders of the circuit by presenting a trophy to the defender who annually finishes the ballot among the 15 league teams at the Champions’ Gala at the end of the season.

This honor will now bear the name of Quebec defender Kristopher Letang, who has a brilliant career in the National Hockey League and has already won this trophy in our circuit.

“For me it is a great honor and it is with pleasure that I accepted the offer of the leaders of the Baillairgé circuit to rename in my name the trophy awarded to the best defender of the league,” said Kristopher Letang .

In April 2003, he helped the Gauls win the silver medal at the Air Canada Cup (Canadian championship). Then in his second season with the Maskoutaine formation, he won the Michel Daoust Trophy awarded to the best defender and he is selected on the first team of stars.

“I have fond memories of my two seasons in the Gaulois uniform of Collège Antoine-Girouard, with whom I had the opportunity to win 2 regular season championships, 1 playoff championship and 1 medal, Silver in the Canadian midget championship, the Air Canada Cup, “added the former defender of the Gauls.

In the QMJHL, Kristopher Letang plays for the Val D’Or Foreurs. Then when the NHL Entry Draft 2005 hockey, he was selected in 3 th round, the 62 th overall pick by the Pittsburgh Penguins.

For 10 seasons now, he has had a great NHL career with the Penguins where he won the Stanley Cup twice. Add to that two gold medals at the World Championships with Team Canada Junior.

The back of the Pittsburgh Penguins was named as the best defender of the Quebec Midget AAA Hockey League.

The Kristopher Letang / Confort Quality trophy will be awarded annually to the skater par excellence at this position in the Baillairgé circuit.

“It is a great honor,” said Letang, who carried the colors of the Gauls of Collège Antoine-Girouard during the 2002-2003 and 2003-2004 seasons. When you’re young and you start playing, you never think it’s going to happen.

“Having my name alongside Patrick Roy, Martin Brodeur, Daniel Brière and Mario Lemieux is something that touches me tremendously.”

During his time in the Quebec AAA Migdet League, Letang collected 67 points in 81 games in the regular season. In the series, he has won 25 in 27 games, but he has mostly participated in the conquest of two championships with the Gauls.

“These are the two most beautiful hockey years of my life,” said the winner of two Stanley Cups with the Pittsburgh Penguins. There was no business or gaming.

“I really have some great memories, including my participation in the Air Canada Cup.”

A player “at ease”

Letang marked the history of the League Midget AAA, but also the organization of the Gauls.

The training governor based in Saint-Hyacinthe had an anecdote about his former back.

“I called him the kid at ease when he came to us at the age of 15 because of the confidence he had in his means,” said Yves Sansfaçon. These words had been placed above his locker in the locker room instead of his name.

“On the other hand, it was good self-confidence. There was nothing arrogant about it. ”

He also said that his coach of the time did not have to motivate him to deliver the goods on the ice.

“You did not have to push him in the back,” Sansfaçon said. He wanted to win and he wanted to perform at all the presences. You could have given him 35-40 minutes of play and he would have done it.

“He already had incredible skills.”

In the last few days, several fans have taken their breath when Letang injured his left leg Saturday against the Detroit Red Wings.

“I should not be out of the game for too long,” said the 29-year-old defender who moves without the help of crutches. At the time, I was afraid it would be more serious.

“It’s not a dangerous wound. I’m out of the game more by preventive measure. ”

Previously, the award for the best defender was called the Michel-Daoust Trophy. It will now be awarded to the pedagogical advisor of the year.

LNH.CA – Kristopher Letang is reassuring
Quebecker says his most recent injury is not serious 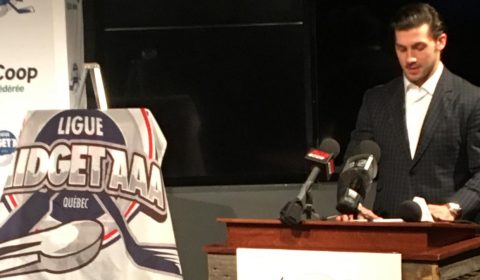 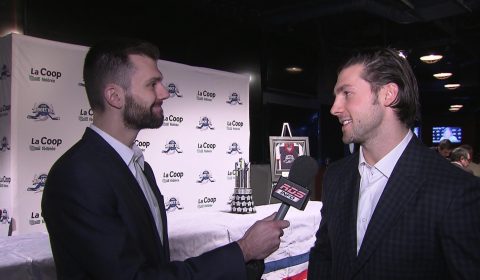 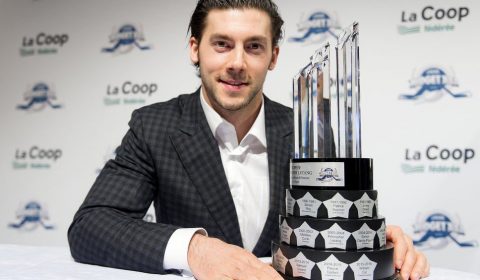 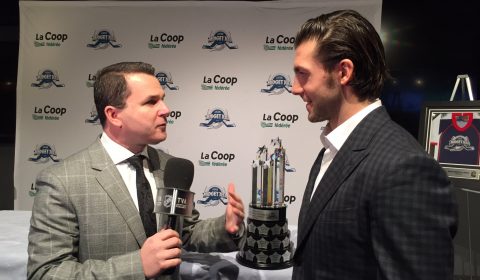 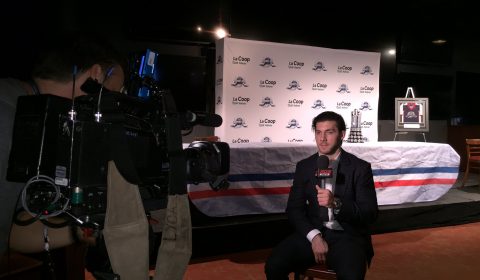 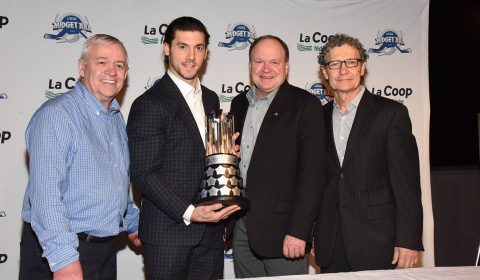 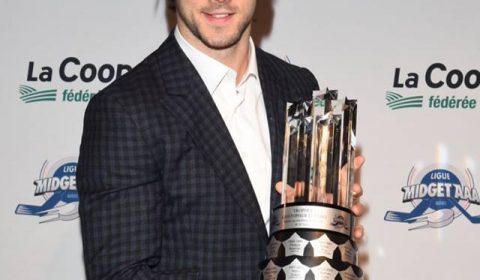 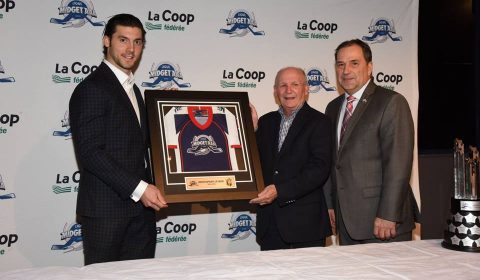 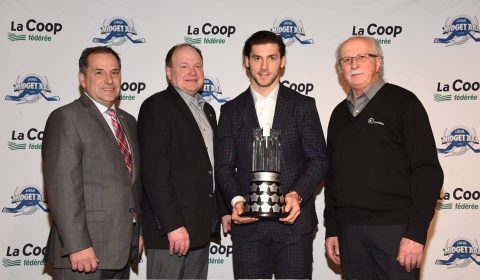 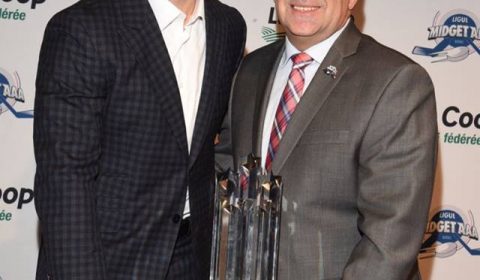 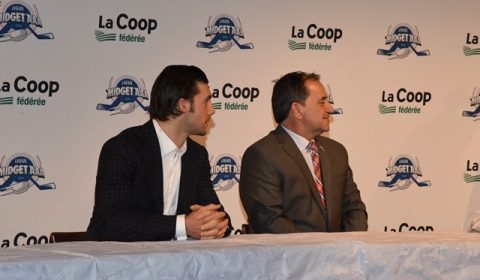 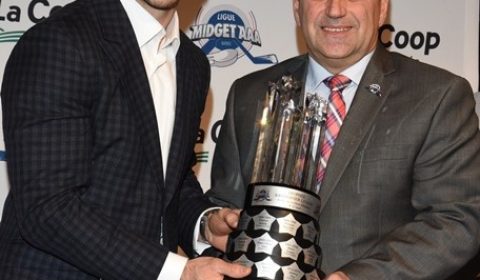 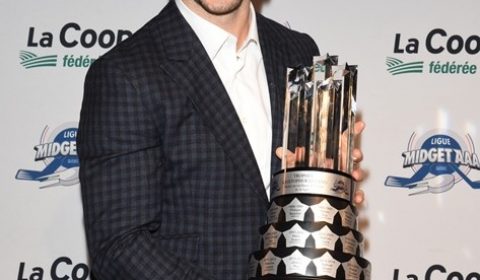 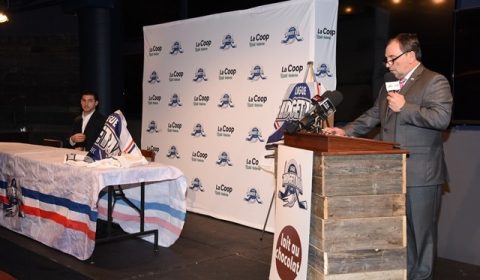 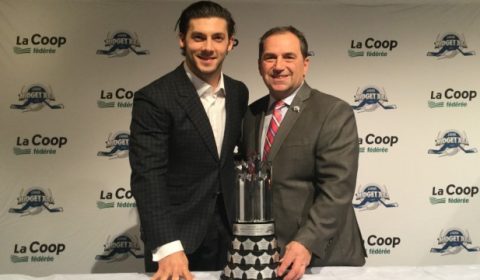 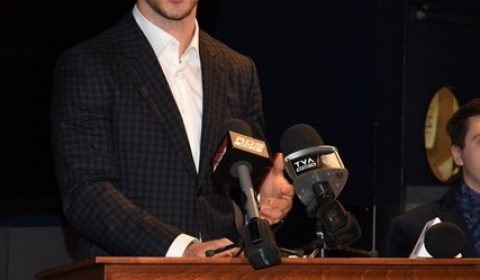 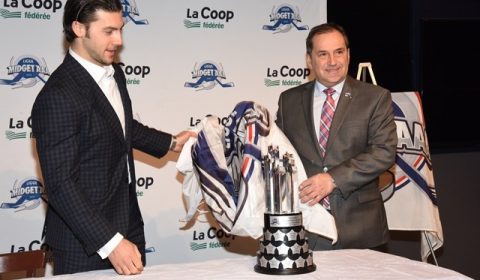 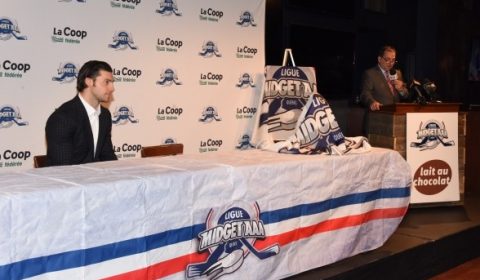